10 Women In History Who Were Condemned As Witches 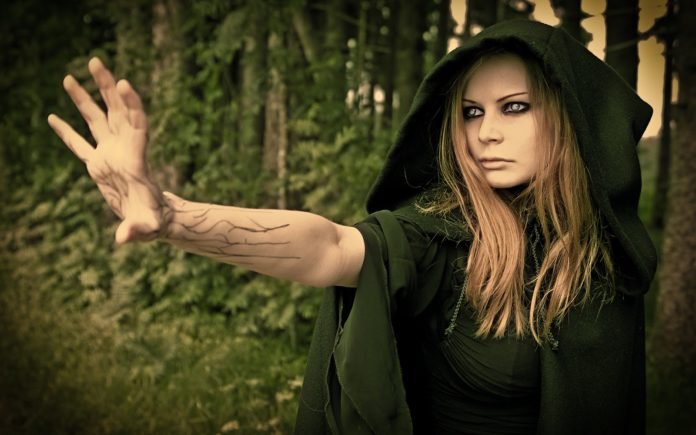 The image of a witch has been almost constant throughout history. Traditionally, they were depicted as evil looking, wart-nosed women wearing pointed hats, huddled around a cauldron of boiling concoction or riding through the sky on long brooms. In modern times, they have acquired a more benevolent image, a more human face, a lesser evil being. But history has been deadly for the witches as they have been hunted and killed mercilessly throughout history.

The witch-hunting craze that swept through northern Europe in the 15th to mid-17th centuries was the result of a mixture of bizarre superstition and religious hysteria. Through the powers of witchcraft, these ‘evil’ creatures were accused of using charms and spells to call upon spirits to harm the person they targeted. They were ‘agents of the Devil’ and were thought to be pagans. But history has shown time and again that most of the “witches” were innocent healers who did not conform to the prevailing religious practices and were victimized. Or their practices and profession were misunderstood. It reached epidemic proportions starting from the end of the 14th century under the banner of the Church. Hundreds of innocent women were either burned at the stake or hanged as witches in our history. Here is a list of 10 women or supposed witches of history who were condemned for beliefs and practices that the authorities, usually the Church, branded as witchcraft:

Catherine Monvoisin started out as a fortune-teller but gradually turned to foretell the fate and fortunes of her clients. Her spiritual abilities brought her wealth and power. But she got entangled in the intrigue and scandal of the French Royal Court. Assisted by her daughter, Marguerite, she was accused of plotting to poison King Louis XIV, and burnt at the stake on 22 February 1680. Her daughter escaped her fate though.

2. The Wise Midwife Of Keith 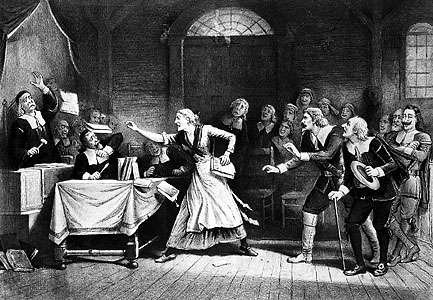 Agnes Simpson was another victim of the ‘crime’ of witchcraft. She was a midwife and healer who used her formidable knowledge of herbal remedies and related medical procedures and practices to cure people. With religious extremism sweeping Europe in the 16th century, she became an easy target. She was unfortunate as James VI of Scotland took a personal interest in her case. She was accused of making a deal with the devil but vehemently denied the charges against her. She was brutally tortured and forced into confessing. She was burnt at a stake; the fate that commonly awaited those accused of witchcraft then. 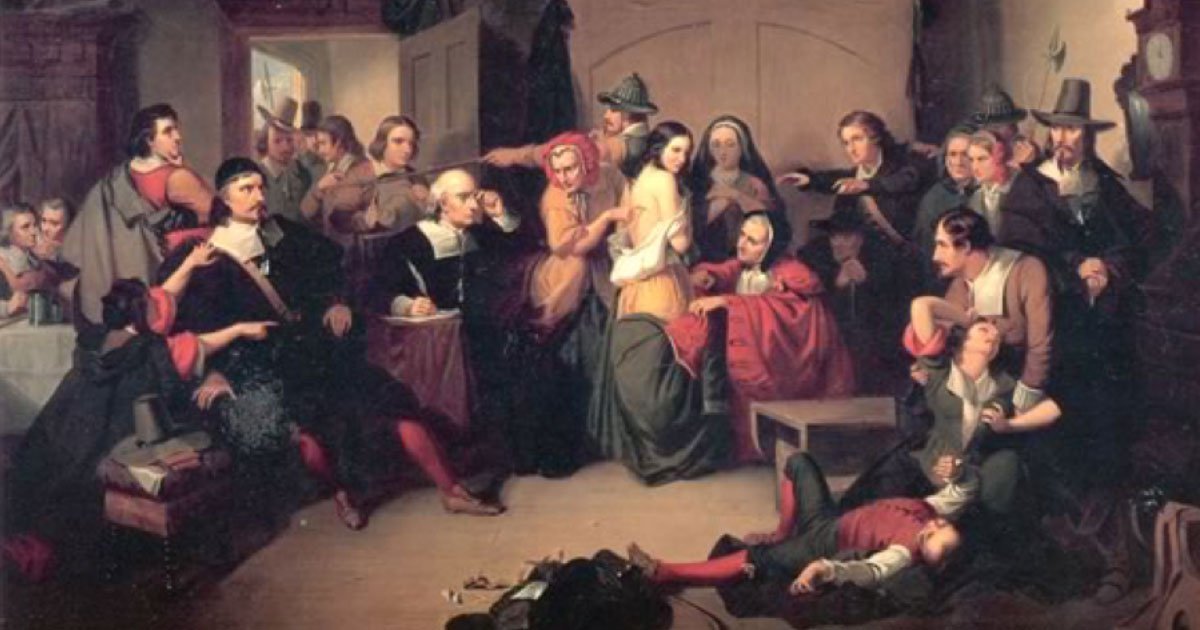 Alice Kyteler of Kilkenny inherited her father’s banking fortune. Her wealthy husbands, all four of them died mysteriously and this fuelled suspicion of her involvement. She was accused of denying Christ and carrying out sacrifices to demons and also sabotaging the rituals of the Church. As she had contacts in high places in the administration, she fled Ireland but her maidservant was burned at the stake.

Read: Find Out If Are You A Witch Or Not? 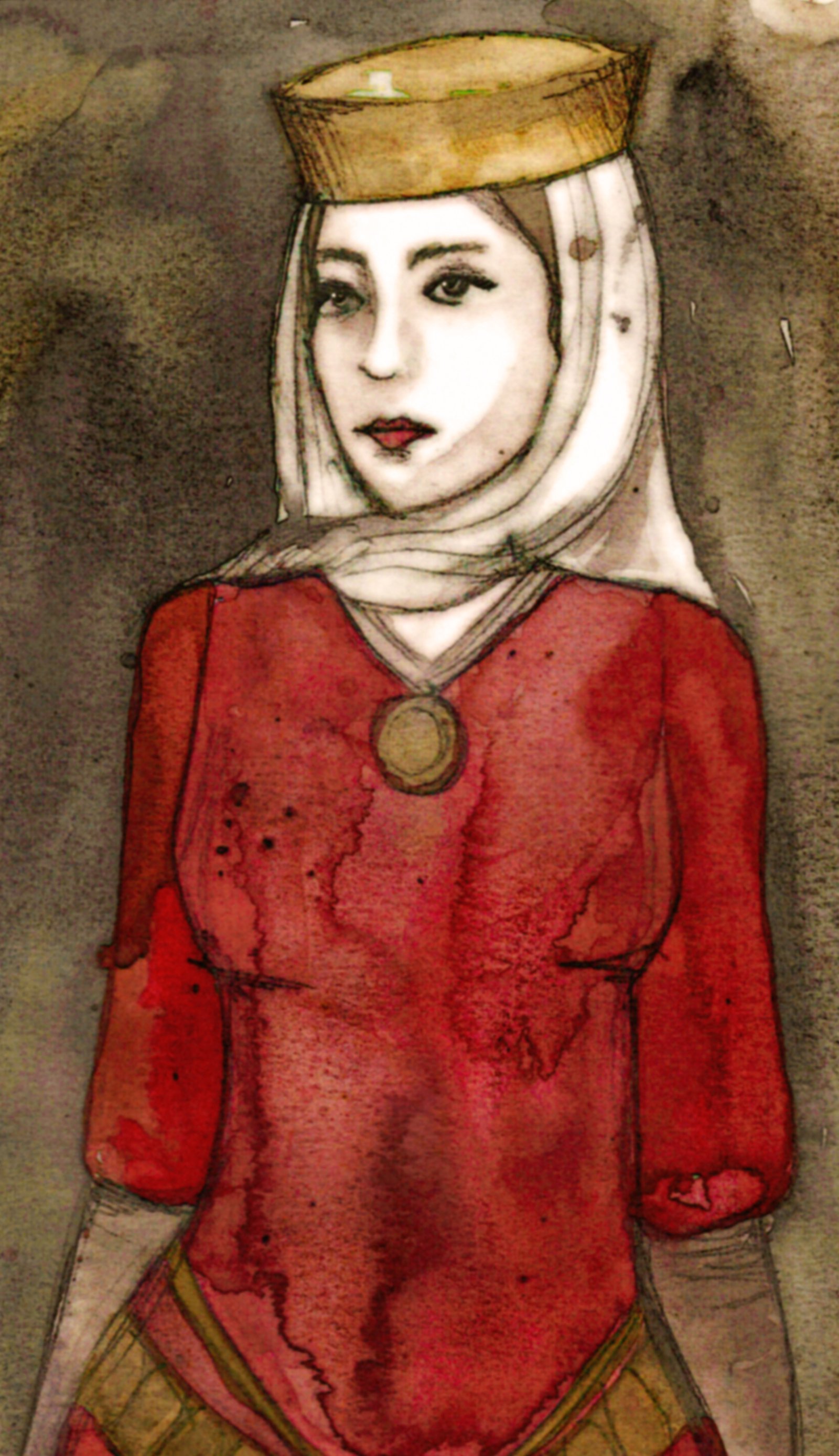 Her primary sin appears to be her alleged act of begetting a monster with the devil. She was accused by the supreme chief of the Toulouse Inquisition of having fed the monster with babies that were either slain by Angele de la Barthe or dug from graveyards. She was found guilty and burned alive at Place Saint Stephen in Toulouse. She is the first person to be put to death for heretical sorcery during the medieval witch persecutions. Later investigations indicated that the story might have been fabricated. 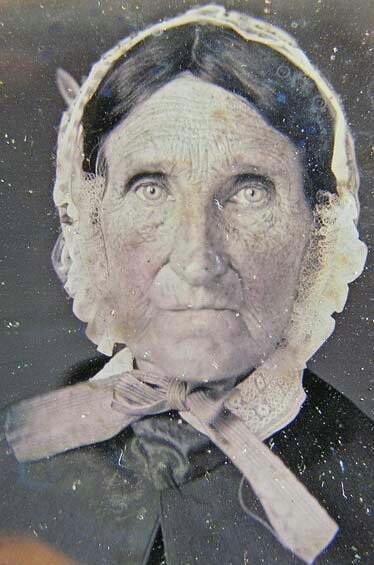 She was acclaimed and vilified equally for her prophecies. Some considered her as the 16th century Nostradamus of England and others questioned her as if she were a fraud. She exhibited uncanny psychic qualities of foresight and prophecy. Though a contemporary of Nostradamus, she lacked his training and the support of the nobility. Many of her predictions even came true. To avoid persecution for witchcraft, she wrote her prophesies in verse. She died in 1561. 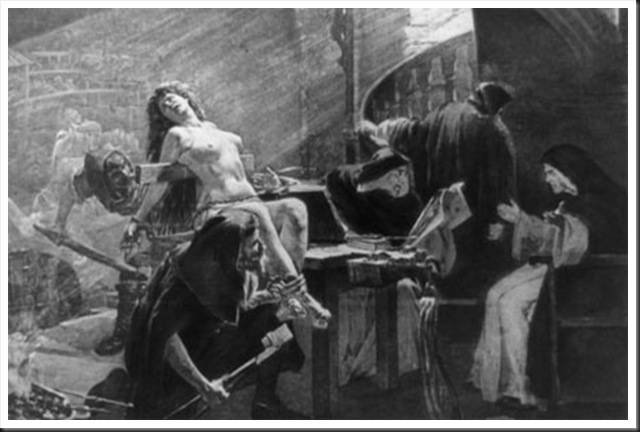 Maret was an alleged Swedish witch and was one of the most famous victims of the great witch hunt called “The Great Noise” of 1668-1676. Her trial marked the beginning of the witch hunt of Sweden. She was accused of having links with Satan. One witness claimed that Maret had used him as a riding horse on her visits to the Devil’s court during the witches’ Sabbath. She was tricked into confessing her guilt and put to death.

Read: What Does It Mean To Be A Witch In Modern Times? 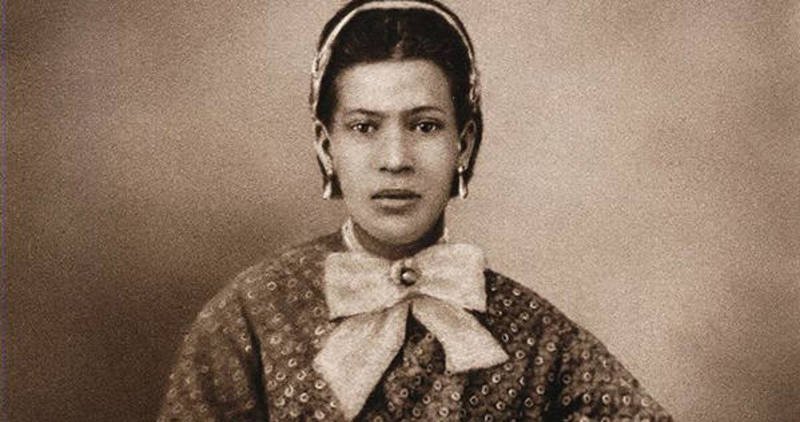 Marie Laveau was born a free colored woman and went on to become the most famous and powerful Voodoo Queen in New Orleans. Voodoo is a blend of West African religion and Catholicism. She was a devout Catholic and was also skilled in the practice of indigenous medicine. She was all-powerful, and both white and colored folks used to go to her. It is believed that she would make their cause her own and assist them after undergoing great sacrifices. 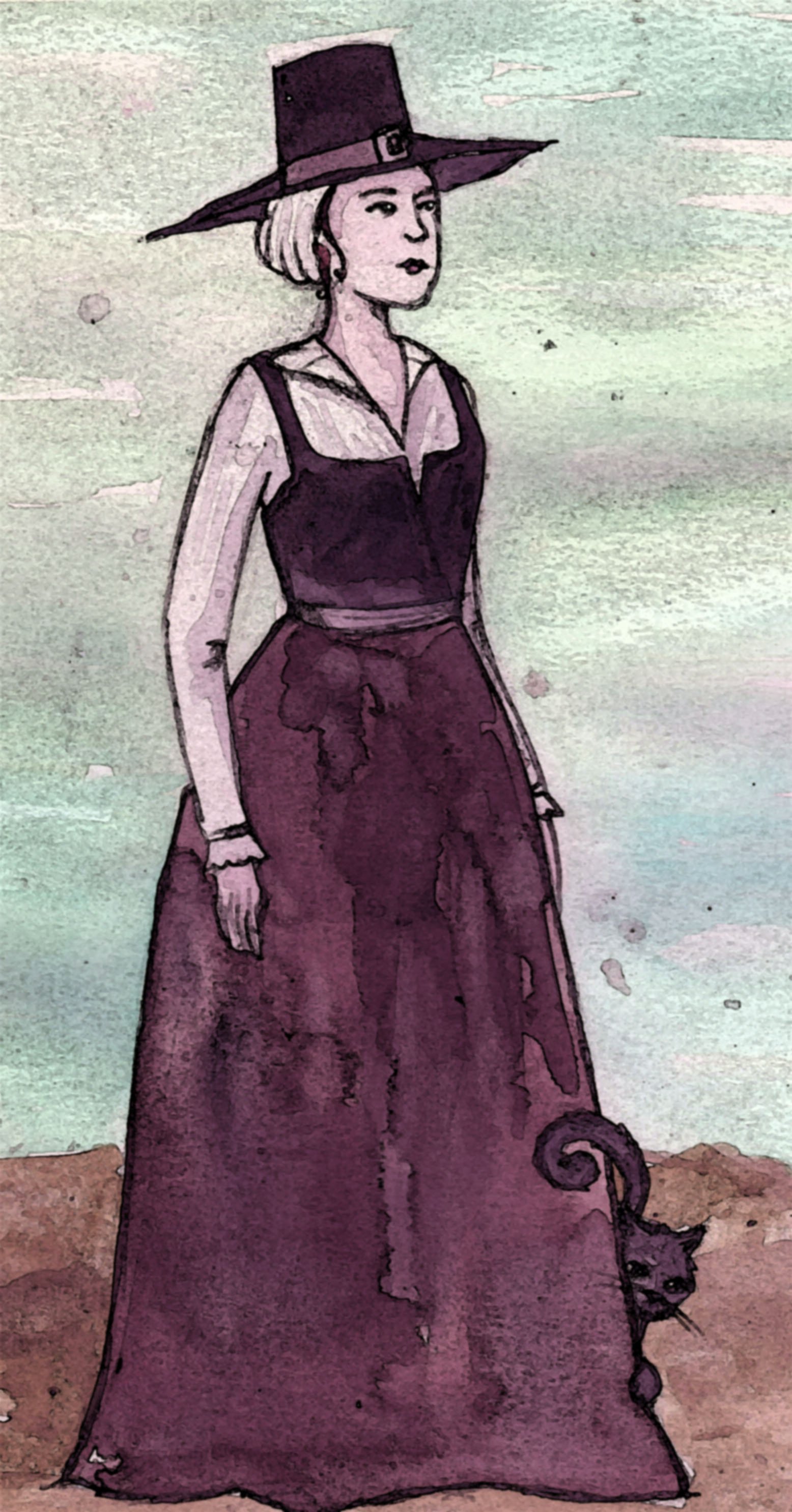 The first woman to be executed in England for witchcraft, she was accused with two other women. She confessed to stealing sheep and killing several people including a wealthy man named Andrew Byles who refused to marry her after she became pregnant with his child. Her conviction was based primarily on the testimony of another accused, Elizabeth Francis. The case was considered to be of great significance given the presence of several important men at the trial. The trial was typical of English witch trials in so far as it was full of absurdity. 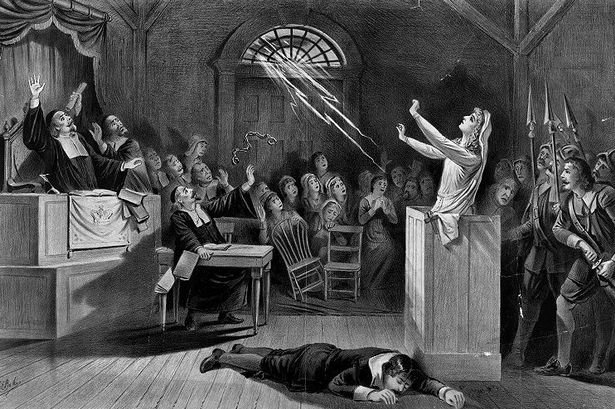 This infamous story began in the spring of 1692 when several girls in the village of Salem in Massachusetts claimed to be possessed by the devil and accused three women of witchcraft. It began when the girls began having fits and accused the three women, one a slave, the other a beggar and the third a poor elderly woman. It resulted in mass hysteria and almost a dozen women were accused of witchcraft and hanged to death. Better sense prevailed but it was too late and the damage to the community lingered for generations. 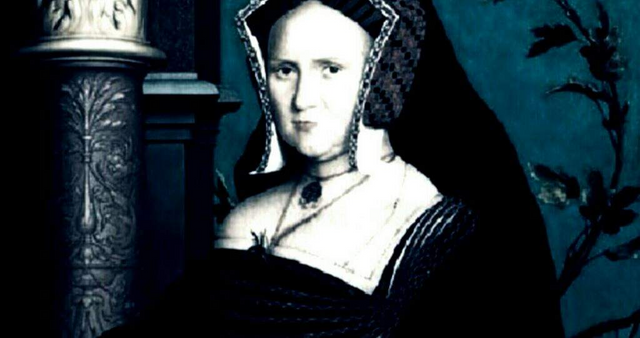 It began as part of the Catholic Counter-Reformation to stymie perceived religious liberalism. Balthasar von Dernbach, the Prince-Abbot of the Fulda Monastery launched an aggressive investigation into witchcraft practices. Merga Bien was the most well-known victim. She was tortured and forced to confess to murdering her second husband and several of his family members and was burned at the stake. Her pregnancy was declared as the result of intercourse with the Devil. She was burnt at the stake in the autumn of 1603. Over 200 executions followed and stopped only with the death of Balthasar.

Between the 15th and 16th century, witch-hunting was a popular way to quantify the fight against Satan. The two opposing Protestants and Catholics churches vied against one another in showing their Satan fighting capabilities and attracting uncommitted Christians at the cost of thousands of innocent lives. It continues well into the 20th century but in other forms. A notable example was the witch hunt in the United States against suspected communists initiated by Senator McCarthy.

If you like this article on the history of witches, then share it with friends and family and spread the knowledge.