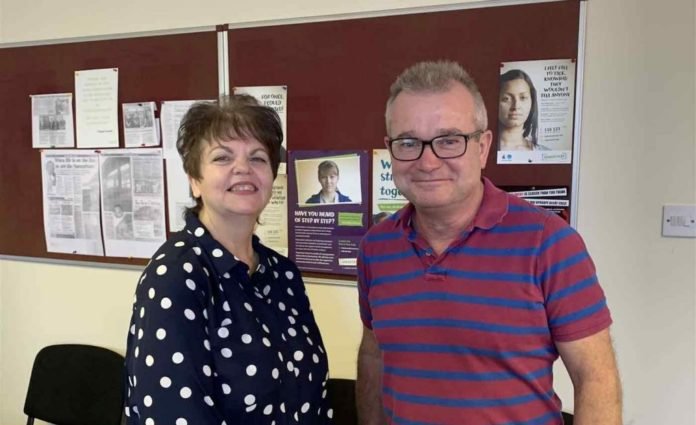 After the sudden death of husband Dennis, 60-year-old Georgina Laurie was lost in this world.

“A year prior to that, I’d had a stroke, so my whole life completely changed and I couldn’t cope with that,” recollected Laurie. “I got really depressed, really down and I really couldn’t see there was a way forward in life for me.”

Thankfully, she chanced upon a Samaritans card and almost subconsciously made the call. And that call is the reason she is alive today- living one moment at a time.

“I had no intention of ringing Samaritans and no intention of ringing and telling anybody,” says Laurie. “I was in bed, I was coughing and I dribbled water and I went into my bedside cabinet to get a tissue and believe it or not, a Samaritans card flicked out. I hadn’t really considered them at all and I thought ‘I will give them a call’ and it wasn’t to be talked out of what I was doing—I wanted the universe to know what I was doing. I didn’t leave a note or anything.”

Read: These Zen Quotes Will Help You Start Off With A Peaceful Zen Life

“So I phoned up and this gentleman answered and for an hour listened to me wittering on, and I know I was talking about the difficulties in the family since my husband died, and it was really difficult. I told him what I was going to do. He didn’t judge me; there was no judgment, there was no trying to change my mind,” she continued. “I felt completely that I could trust him and open up. For an hour I was wittering away but still determined to go through with what I had planned.” 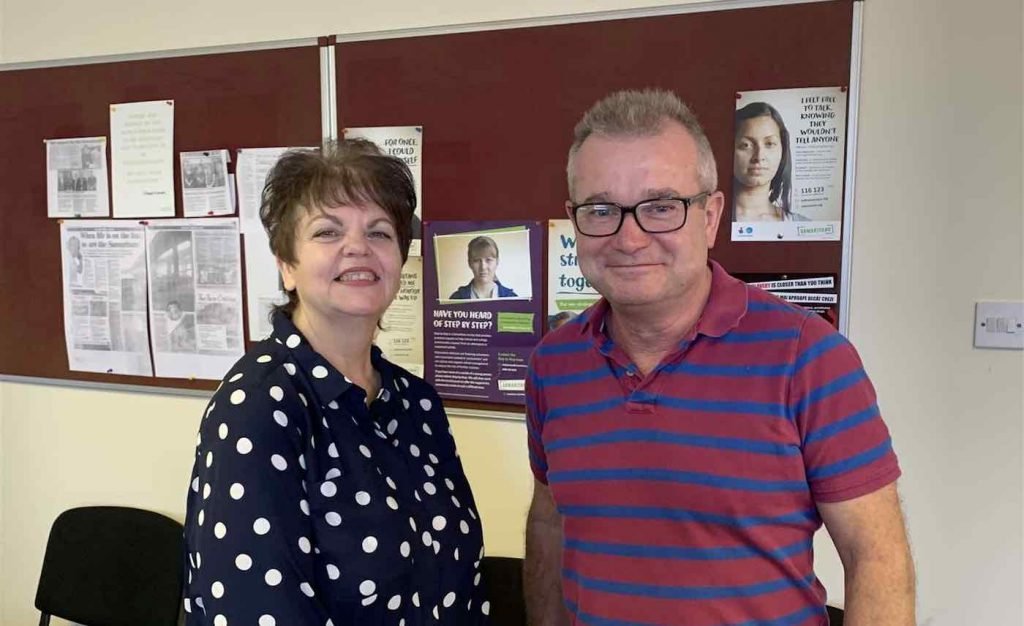 “I decided I had chatted enough and I said ‘I’m going to go now’ and at that point, the Samaritan said to me on the phone, ‘I would just like to say one thing; this all sounds totally exhausting.”

“And I hadn’t thought about that and I thought, ‘Yeah, you’re right, I am exhausted; I am emotionally and physically exhausted’ and then I put the phone down. I started to think, ‘if I am exhausted if I really am that mentally and emotionally exhausted, am I making the right decision?’ and it was enough just to get me thinking.”

Fast forward into the future and Laurie was volunteering at her local Samaritans. And one day, during an evening shift, Laurie heard the branch director and longtime volunteer, with whom Laurie had worked for over four years.

Read: 12 Traits That Empaths Can’t Hide Even If They Want To

“It was about five months ago. I was training one of my mentees and my mentee was on the phone, so I had more time to listen to what Des was saying, albeit subconsciously,” recalls Laurie. “I suddenly heard Des say, ‘it must have been exhausting for you’ and it was like being transferred back all those years, I couldn’t believe it. I couldn’t bring myself to say anything that night,” she added. “We were actually at another volunteer’s birthday party and I had confided in another volunteer and he said ‘here’s an ideal opportunity to tell him’, and it just organically came out.”

“I don’t have a stock of phrases,” McCarthy said about the seemingly innocuous comment. “Some people will have a comfort in using a stock of phrases when they begin, but I don’t think I ever had. It’s not something I say very often at all.”

“It just seems like a natural little process. It was so humbling to be asked and I think it’s a nice all-around story about someone who’s been in despair who did call Samaritans,” said Laurie. “Des didn’t try and talk me out of doing anything. All he did was do what we say on the tin; we listen, and listening is just enough sometimes.”

Make sure you take care of your near and dear ones, even when everything seems fine. Ask them how they are, talk to them, spend time with them. Taking care of our mental health is just as important as our physical health.

If you liked this story of how one person did their part to save the life of another, don’t forget to share the article with your near and dear ones!