Watch This Intelligent Octopus Open A Jar From Inside 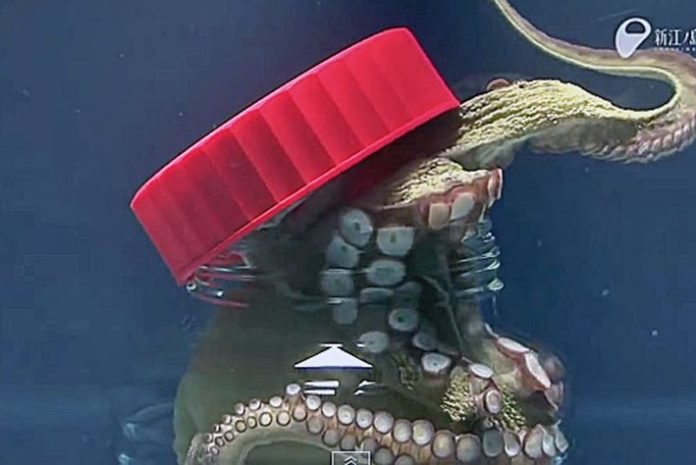 Most of us know of at least one famous octopus. Paul the octopus became an international star for his accurate predictions on the outcomes of football matches from 2008 to 2010. While he may have been blessed with some otherworldly power, it only adds on to the fact that octopuses are naturally very intelligent. They are so smart that in his book ‘Other Minds’, Peter Godfrey-Smith states that interacting with an octopus is the nearest thing we have to meeting aliens. 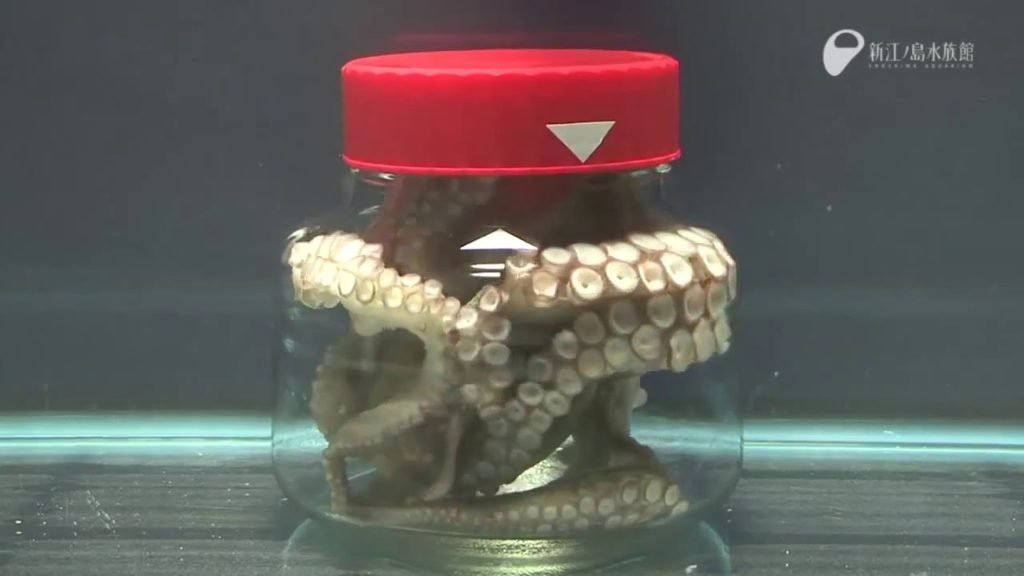 Belonging to the class of cephalopods, even without their uncanny smarts, octopuses are quite interesting. They have not one but three hearts and their blood is blue in colour. Each of their eight tentacles is lined with suckers to that they can move around as well as examine and use objects. Since only the beak and eyes are actually hard, octopuses are so flexible that they can squeeze through coin sized holes if they want to. As hunters, their softness can be a disadvantage but to make up for it, they are great at shape-shifting and changing color to become almost unseen in their surroundings.

Truth be told, referring to their limbs as tentacles isn’t right. Rather, they are highly sensitive arms. The vast majority of their neurons are found there so they can perform multiple functions at the same time. Their sense of touch is unmatched and they can even taste whatever it is they touch.

They also carefully arrange piles of stone around their dens to make them inaccessible to predators while they are sleeping. Researchers only recently discovered that they even made tools out of coconuts shells. Some can grow to relatively gigantic proportions and they are extremely strong. In Seattle, caretakers could not figure out why they kept finding dead sharks every morning. Then in a video they managed to capture one night, they discovered that the culprit was a huge pacific octopus which would pull down the sharks and eat them alive. 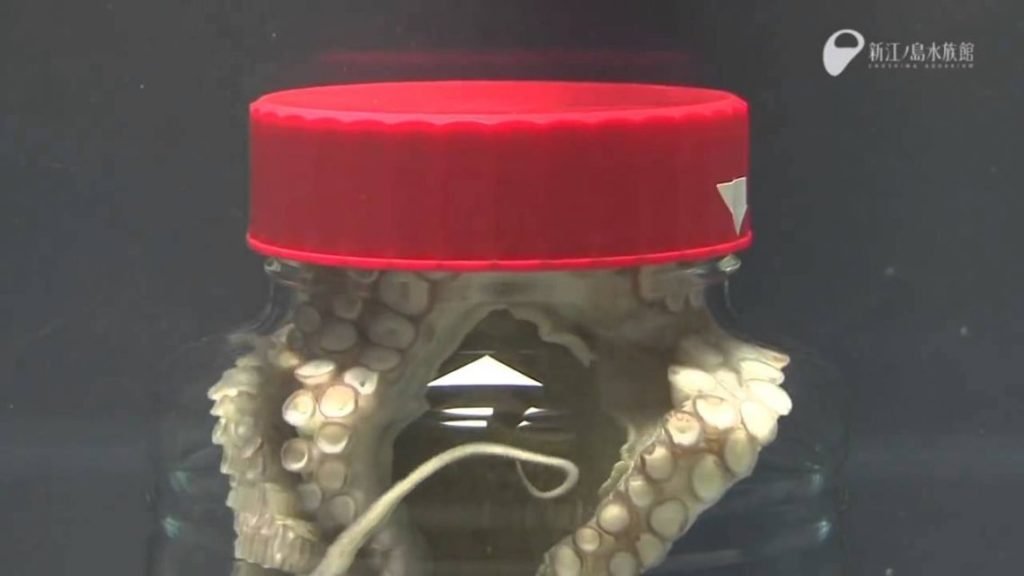 Octopuses even seem to have a sense of humour. In one case in Germany, an octopus discovered that if he shot a jet of water at the light above his tank, the aquarium caretakers would immediately rush to fix it. He probably found it amusing so he kept doing it over and over again.

If there’s ever an animal fit to take over the planet, it would probably be this one. They are so smart that they can take off the lids of jars with ease. If you leave them prey sealed tightly in a jar, they’ll make open it up themselves and make short work of whatever poor, hapless creature is stuck inside. But that’s not all. They can open jars from the inside as well!

Shot in Enoshima Aquarium, Fujisawa, Japan, this video perfectly captures an octopus unscrewing the lid of the jar from inside. All it takes is a few precise movements with his tentacles for him to free himself. What is more interesting is that the octopus seems to be doing it just to prove that he can. Even when he’s taken off the lid, he doesn’t seem to want to leave the jar. In fact, he just makes himself more comfortable and has a rather triumphant and cheeky air about him as if he’s pleased to have shown off his intelligence.

And it’s not just jars. Octopuses have been known to slither out through the drain and back into the sea after becoming bored with their glass aquariums. In one incident, caretakers realized that fish in the nearby tanks were going missing because an octopus was opening his own tank and ambling over to take the choicest pickings from others when no one was around to catch him eating his clandestine meals.

So if there’s an invasion we should be prepared for, it is this one. When the octopuses come, you’d better be ready because it won’t be an easy battle.

You can watch the video of the octopus escaping the jar below: