In the year 2010, Iceland made its way into the headlines when a volcano erupted in the nation. The eruption caused panic and havoc for the entire European aviation services. Not only was the power of this natural occurrence, but also the unusual name of the volcanic mountain that garnered a lot of public interest in the matter. Guess the name? Eyjafjallajökull!

The label of the volcano gained public notoriety due to its name being unusual to most English speaking nations on the planet. But this also served as a gentle reminder on what Iceland truly represents – a serene and beautiful country whose inhabitants speak a beautiful ancient language. The language Old Norse was spoken by the Vikings. Today, Older Icelandic finds its significance in several extremely important Sagas which serve as a token of their past.

In the present day, Iceland makes an effort not just to preserve its complex language in its linguistic elements, but also in lore and religious practices. The country proactively engages in preserving the Old Ways in which their Viking ancestors engaged with each other. Even worshipping the Norse Gods.

The country of Iceland has been under heavy Christian influence since the year 1000. During the last millennia, the Old Gods such as Týr, Baldr, Thor, Frigg, and Odin lost value in Iceland. But in the year 1972, believers of Old Norse traditions founded Ásatrúarfélagið or the Ásatrú Fellowship. The term Ásatrú is an Icelandic term which refers to Æsir. The Nordic religion is constituted primarily within that pantheon.

It is also significant that the participants of the Ásatrúarfélagið have been steadily increasing in modern times. The organization currently has 4,126 engaged supporters. While this number might seem insignificant, it is 1.18% of the entire populace of Iceland, which is quite low at 355,000 individuals. The organization just had about 570 individuals in the year 2002, which shows it has more than quadrupled in member support. The Wiccans also take part in the Ásatrúarfélagið.

Construction Of The Pagan Temple

Icelanders now are attempting to get their very own sanctuary for worship. The temple will serve as the very first one to be built to respect the Nordic God ever since the age of the Vikings. The temple, much like a Church, will also be a sacred place to conduct funerals or marriages. 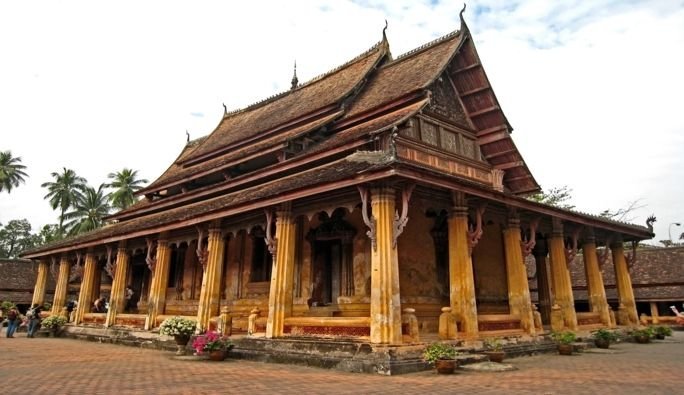 It is possible that several other temples will be constructed in the country as per this source. The others will see their inception upon the end of construction of the very first pagan temple in Reykjavik, the capital of Iceland.

One might think, what is it that attracts the people of Iceland to worship Pagan gods? People believe that it is personal freedom and individualism that is embodied in the spirit of that religion. It is also the inculcation of a number of qualities such as perseverance, self-reliance, industriousness, hospitality, discipline, fidelity, honors, truth, and courage which find appeal in the people of Iceland.

Read: The Day Of The Dead (Dia De Los Muertos) – Honoring Our Ancestors And Our Dearly Departed

If you wish to find out more, you can do reach out to a Ásatrúarfélagið community which is English-speaking here.

It is heart-warming to see people honor their ancient roots. Do you believe in the ancient practices that are part of your culture?

If you like this article about Iceland and the revival of their Norse Gods, then share it with your friends and spreads the news.