A Photographer Captured These Beautiful Portraits Of Strangers After Kissing Them 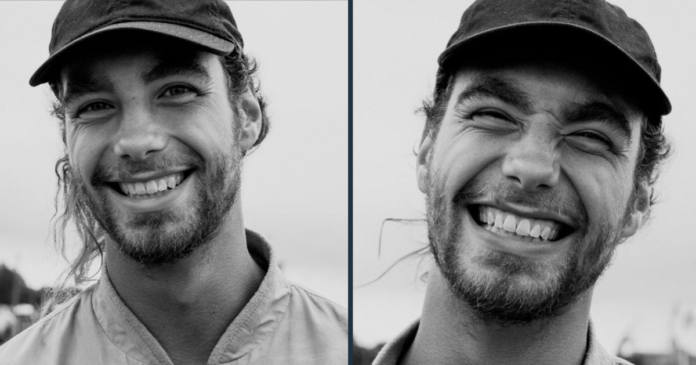 “By creating new relationships and learning about the thoughts and ideas of strangers, we might be able to build bridges and combat ignorance and judgement.”

Few people have the courage of kissing strangers upon meeting them. For photographer Johanna Siring, nothing could be more natural — or essential — when seeking to capture the true essence of others.

During Roskilde Festival in Denmark, Siring sought out new friends with her camera in tow. First, she introduced herself. Then, she snapped a portrait. After explaining the project, Siring then asked if she could kiss the individual. She always asked for permission beforehand to ensure consent. As soon as their lips parted, she then captured another portrait.

Siring told Vice: “Kissing sparks all the nerve endings in your lips, causing a release of dopamine and a surge in oxytocin. It’s an instantaneous stress reliever and creates an immediate emotional bond between two people.”

For two days, Siring repeated this trend. She didn’t limit herself, either. All of the subjects vary in ethnicity, gender, appearance and age. It’s curious to note how in each image, the person tries to project a specific version of themselves. After being kissed, however, their true essence is revealed and shines through the photographs. It is the contrast Johanna sought to capture. We personally believe she succeeded in this mission.

Vice reports that Roskilde began in the 1970’s during the hippie movement and is now the largest music festival in Northern Europe. It attracts people from all walks of life and regularly features popular artists, including Rihanna.

Siring explained her interest in strangers, saying: “I made a ‘mantra’ for myself when I was pretty young: if I have a positive thought about someone, I will go and tell them. It doesn’t matter if I know the person or not. I mean, what can be better than getting a compliment from a stranger? I have ended up photographing many of these people and many of them have turned into good friends. In my world, every single person is photogenic and has something unique and interesting about them. This is what I strive to capture in all my photos — the essence of a person.”

The artist’s work reminds us to keep an open mind when meeting new people, and to cultivate compassion for every situation. She said, “You can always learn from each other. In today’s whirlwind of news stories that revolve around actions of hate, I feel it’s more important than ever to communicate how easily we can learn to know someone, and the fact that we are all just human beings with the same basic instincts. By creating new relationships and learning about the thoughts and ideas of strangers, we might be able to build bridges and combat ignorance and judgement.”

Following are portraits of strangers captured before and after the artist kissed them: THIS ARTICLE IS OFFERED UNDER CREATIVE COMMONS LICENSE. IT’S OKAY TO REPUBLISH IT ANYWHERE AS LONG AS ATTRIBUTION BIO IS INCLUDED AND ALL LINKS REMAIN INTACT.