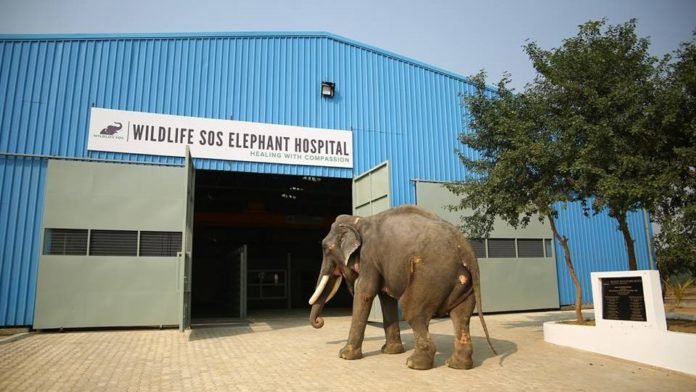 There are a lot of cultural stereotypes about India in the rest of the world. It is seen as a mysterious exotic land from the Arabian Nights. Hence, people assume a few things to be a cultural norm. The ‘experience’ of riding elephants in India is just one of them. 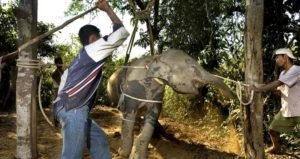 This has encouraged the commercial use of elephants in India in the Tourism Industry to a big extent. They are used for entertainment purposes in temples, circuses and riding camps. These mammals are often overworked, treated roughly and more often than not, suffering from malnutrition.

A medical facility, along with the awareness towards the situation was the need of the hour. So the Wildlife SOS decided to take an initiative. Animal lovers from all over the world were joyous.

Established in 1995, Wildlife SOS is a non-profit organization that works to preserve wildlife all over the country. Apart from these elephants, they have worked to save the lives of other endangered animals like bears and leopards.

The hospital has proven to be a successful measure so far, having treated 26 elephants in India in the first few months only. It is facilitated with the best of the equipment and the doctors. The process of examining and treating the elephants is quite interesting, too.

The hospital is also facilitated with a giant, portable X-Ray machine, a lift and weighing machines with scales large enough to determine the health of these pachyderm friends. In case a patient needs to be monitored overnight, the cameras in the center are used by the doctors.

Let’s take the example of a blind, street-riding elephant named Holly. When Holly was first brought in, she was found to have a severe case of malnutrition, abscesses and arthritis in her hind legs. And of course, a very obvious case of neglect from her owner, who still insisted that she didn’t need that sort of intense care or medical attention. However, now Holly is being treated with cold laser therapy and ultrasonography. Her abscesses are cleaned and taken care of every single day, while she is fed well with nutritious food.

Once these elephants get treated and eventually recover, they are sent to one of the two sanctuaries owned by Wildlife SOS, where they are protected, taken care of, and allowed to live in peace. 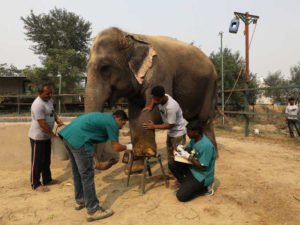 In India, the mainly practiced religion is Hinduism. Not only does Hinduism have many deities that are half animals, even the religious preaching dictates the followers to treat all the animals with love and dignity. It is our duty to take care of the abused and endangered animals. This initiative by Wildlife SOS is extremely appreciable and makes us hopeful for a future where no species is left neglected.

READ: 7 Things You Shouldn’t Share with Anyone, As Per Hindu Philosophy

What do you think about this initiative to have a hospital for abused elephants in India?

Spread this good news with your friends how their favorite large mammals now have their own hospital in India!