Introducing Flowers That Hold Galaxy In Their Petals 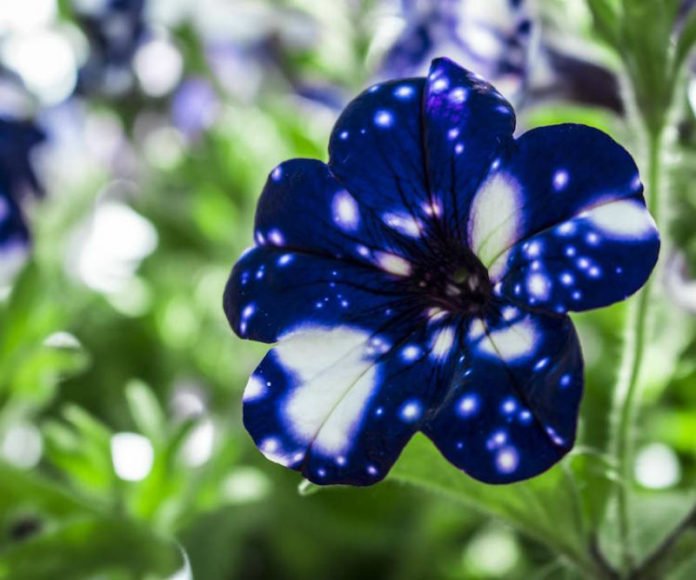 Very recently, Buzzfeed’s Tasty channel has taken the world of Facebook and Instagram by storm, as it is absolutely mesmerizing people with videos of food that is not only ‘tasty’ as its name implies, but also visually appealing. One of their biggest hits is the galaxy glaze cake, which is basically a sponge cake topped with gelatine glaze, the colour of space.

Dark blue, with white tinkers symbolising heavenly bodies, with other coloured dots that stand in for stars. This effect is absolutely tantalizing!

That effect, that space-y, otherworldly effect is something that has fascinated the human imagination from a very long time. After all, wasn’t that the first thing our ancestors worshipped: the clear, star-covered night sky under which they lived?

In case you didn’t know, Tasty is not the only one who cooked up that amazing visual effect. Nature did too. 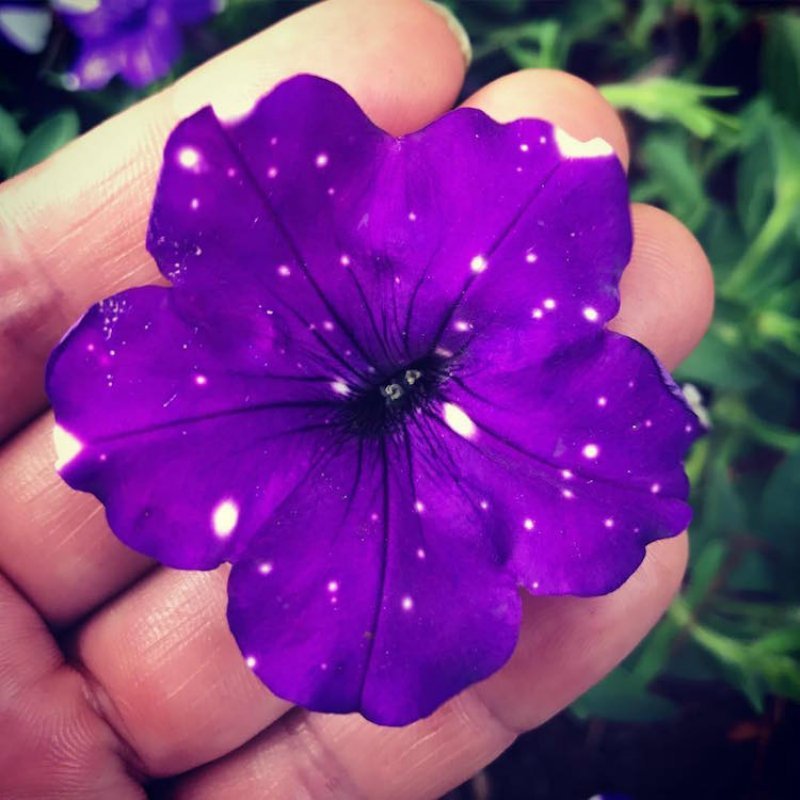 Like so many other amazing things that Nature has made for us to cherish, there is a particular flower we are interested in. In this context: the very aptly named Night Sky Petunia (scientific name: Petunia cultivars)

The large, showy, purple blooms of this flower are absolutely breath-taking to look at, totally resembling the view of the night sky from an amateur telescope on a clear, moonlit, cloudless night.

Amidst the purple petals, there are bright white speckles resembling galaxies far, far away.

But, like all things, this beauty comes with a condition: temperature. 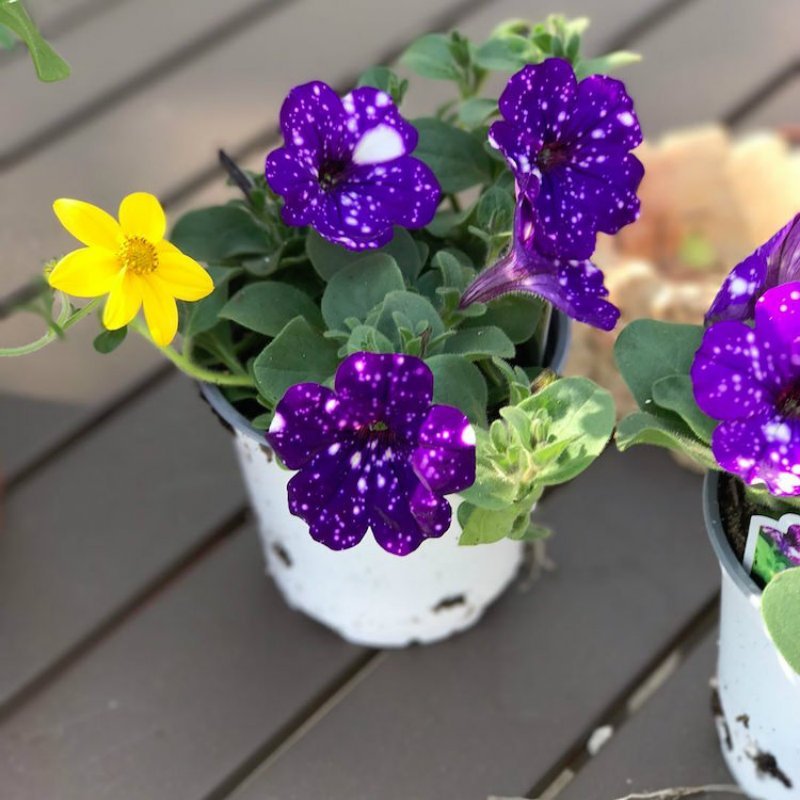 This will keep on happening, till the petals turn almost entirely white.

This unique feature along with its beauty makes it one of the top flowers for hobbyists. The plant itself blooms in spring and summer and its flowers’ speckles become more and more prominent as they re-bloom. 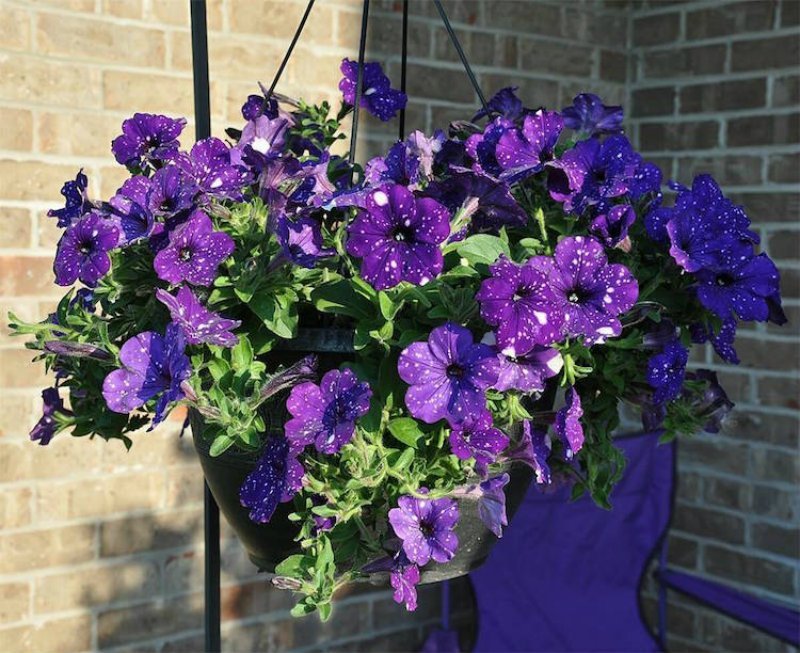 The petunia plant can grow up to 16 inches tall. Maintaining it is a bit of work in itself, but at the same time it is quite rewarding as you get to show something as beautiful and gorgeous as those flowers as proof of your hard toil.

As a matter of fact, the flower is so well known in circles that Amazon sells its seeds too.

Also, like the striping pattern on a tiger’s forehead or a human being’s fingerprints, no two Night Sky petunias are the same; that is, the speckling is always going to be unique and different.

So, will this be enough for you to start a garden full of Night Sky petunias?