These 9 Zodiac Signs Are Extremely Intuitive 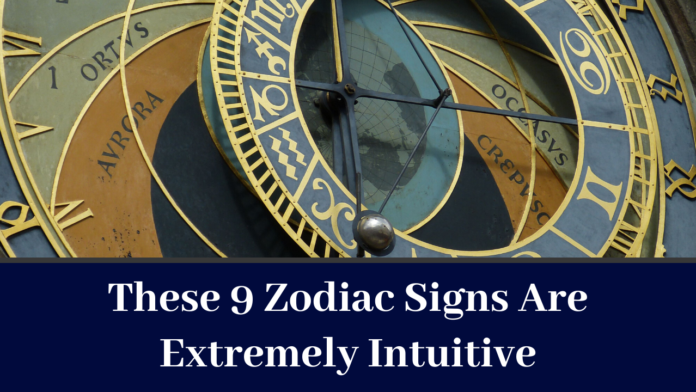 Leos ooze confidence and have amazing leadership qualities. Some hate them for their self-righteousness but this is what stops them from accepting less than what they deserve. Leos get work done and will not spare manipulative people. They say no to mind games and won’t think twice before letting you go if you show toxic traits.

Also Read: What Is The Unique Power Of Your Zodiac Sign?

Aries are determined and strong individuals. They will fight for their rights until the last breath. You can always trust their opinions as they will be unbiased and unfiltered. If you want to play mind games with them, they will understand instantly and confront you. They are never afraid of expressing their thoughts and will tell you how they feel about your attitude.

They have an “I-don’t-care” air but they do deep down. They are not the easiest to deal with and some of them are actually pretty mean. However, most people of this sign are carefree and have a twisted sense of humor. They don’t pay much heed to anything and will wave you off if you play games.

They put in a lot of effort and expect the same in return. They are honest individuals and won’t stand lies. If you mess things up and think you’ll get away by lying, know for sure that they will find out. Once they discover you are dishonest, they won’t give you another chance.

They are sensible and sensitive people who treasure loyalty. They aren’t as intuitive as the other signs but will figure things out. If you mess with them once they may forgive you but they know when to walk away.

Scorpios are highly intuitive and are self-proclaimed control freaks. They know who they are and what they want. They value consistency and will cut you off in the blink of an eye if you indulge in petty tricks. They’ll make sure you learn your lesson, beware!

Virgos value themselves and want to be around those who know their worth. These intuitive individuals will sense something is wrong before you even do it. If you play games with them, be ready to suffer as they are revengeful.

Also Read: The Horoscope For The Month Of February 2020

Perhaps the most intuitive of the lot, Capricorns will walk in the opposite direction if they see you playing games. They don’t like pointless drama and remove toxic people easily.

They are whimsical and you never know what their next step is. Either they will play along with you only to reveal their secret at the right time or they will expose you publicly. There’s no middle ground with Geminis, so don’t think of messing with them.

Watch your step around these intuitive signs!