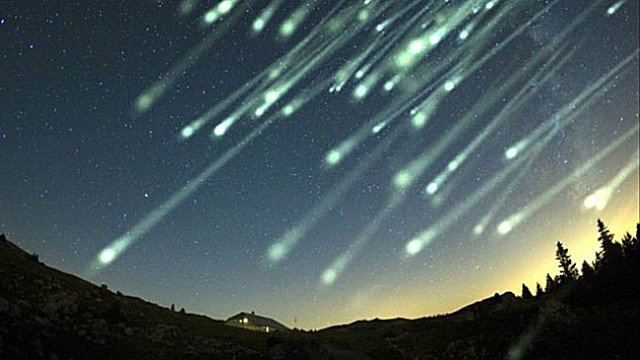 For all you stargazers, this Halloween will be extra-special. You’ll have probably noticed the meteor shower going through October – this is the Taurid Meteor shower. That’s only a little display. But there’s something special coming your way as well. If you are gazing at the sky in late October, you just might spot a few fireballs flying across. Now, that’s something special – but what is it? These are bright meteors from the Taurus constellation and they remain from late September till mid-November. Late October is the time when they peak and then you might be able to see about seven flying around.

Southern Taurids is the minor meteor shower which will generally go on from September 23rd to November 19th this year. There may not be many of them coming across and they are really bright, so you could expect them to leave a trail in the sky. It’s an amazing star-gazing experience – worth the watch.

The Northern Taurids is the other minor meteor shower this year that will be overlapping the Southern Taurids. It extended for a month more and starting from October 19th, it will continue till December 10th. They are best known to produce really eye-catching shooting stars.

Why is it all happening?

Comet Encke is the reason for these meteors. It goes around the sun every 3.3 years making it one of the most recurrent comets in our knowledge. It also goes by the name 2P/Encke and as it comes close to the sun, it sheds off some of its material as dust particles. If we are lucky enough on the time, Earth can revolve and go past this debris resulting in a wonderful show of shooting stars.

But how are we going to see it?

It’s easy. Just look up in the sky at Halloween midnight and you can see, as per prediction, at least seven or more such shooting stars flying past every hour. Stargazing in mid-October till late October is the best way to spot shooting stars. But the Hunter’s Moon on 24th was a major problem and would have covered the entire show with its light. But we have come past that and Halloween has just magically become the best time for stargazing. You can’t say you’re not surprised about this!

Where is the exact show happening?

You can spot the shooting stars anywhere in the sky. But then again, they have radiant points that you can follow back to place of origin. If you track it back to Taurus constellation in the south, then voila – they are the Northern or Southern Taurids.

The patch of bright stars called Seven Sisters is the place where the Taurids come from. Make sure to locate it fast!

What if you miss it?

We don’t recommend missing it but there’s more coming around. On the night of Dec. 13-14, 2018, there will be the Geminid meteor shower. It’s going to be the biggest event of the year. It’ll be cold outside but Geminids can produce whooping 120 multi-colored shooting stars. That, too, every hour! That’s worth waiting for.

So, get out there at Halloween. The cosmos is waiting to give us a major treat. Let’s not disappoint it.