Do You Know The Meaning Of Hunter’s Moon? 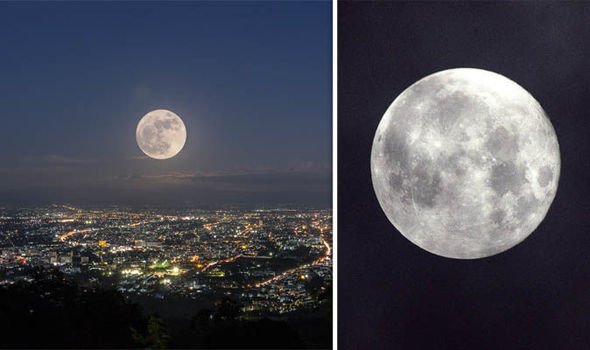 Across all cultures we know about, the moon has always received special attention. With its different phases, the moon has been believed to exercise a certain amount of power over our lives. Especially the full moon and the new moon are considered most influential.

October is a special month, bringing a full moon that is quite impactful. You already knew that. But not many of us are aware that it is also named as Full Hunter’s Moon.

Let’s find out where this name came from and what does it signify!

Our forefathers, the Indigenous Americans or Native Americans called this full moon as the Hunter’s moon. They did so as with the onset of this full moon, their hunting period begins. Winter’s onset and the full moon were indicators for them to start hunting.

Of course this name was of profound relevance to their people and their times. Why should we knack our brains over this Hunter moon!

We are surely not hunters, some of us still are, not in the same way as them, but this moon and its phases do have some amount of significance in our lives.

There is going to be a surge of emotions from events resurfacing from the past unexpectedly. But at the same times, it becomes necessary for you to face these buried truths and emotions and use these experiences to transform yourself.

Also, this full moon is going to occur in the sun sign Taurus. Taurus is one of the steadiest and most balanced Zodiac sign which is why there is going to positive news in your life.

You are going to be hit by waves of emotions but at the same time your position is going to be firm when it comes to facing them. The reins of your emotions will be handled by you only.

It is not going to be bumper free ride obviously, it will be challenging. These emotions you will be bombarded with are going to shake you up, unsettle you but you have to experience them in order to be able to move forward.

As they famously say, “Change is the only constant”, you need to adapt yourself to necessary alterations in your life and the time is absolutely right for doing so. So gear up and be ready to transform yourself!