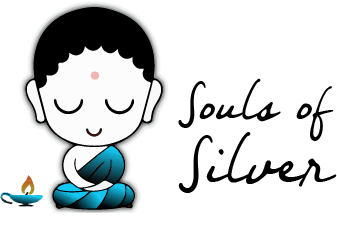 Post Traumatic Stress Disorder is usually associated with survivors of war and violence but PTSD is more widespread than any of us can even begin to comprehend. Victims of emotionally abusive relationships often develop this disorder and struggle with it for years even after the abuse ends. But since many don’t even recognize emotional abuse for what it is, they are often left to struggle on their own.

Before understanding how abuse works, it is important to be clear on one thing – Never, ever shame a victim of abuse for not leaving that situation earlier or for not recognizing the abuse. None of us can pretend to know what it was like for that person or the magnitude of their struggle to escape. Most of the times, emotional abuse doesn’t even show up as a red flag in the initial stages of a relationship and it can take months, or even years to become evident.

READ: How To Immediately Identify And Clear Blocked Chakras

There are times when the pain of that abuse might hit you like a punch in the gut. Even if you want to escape, you’ve poured so much love and energy into that relationship that your world feels empty without your partner. This is even harder to decipher because unlike physical violence, this type of abuse doesn’t leave visible scars but it is also extremely traumatic and the effects are long lasting.

Emotional abuse comes in the form of snide comments, sly and disparaging remarks, pot shots at your worst insecurities, and so on. If you start questioning it, your abuser will simply accuse you of being too sensitive. They would accuse you of of making things up to make them look bad. You start questioning your own sanity and so you keep bearing with it. You tell yourself that you need to be stronger, that you need to prove your worth to your partner and that if you could just do better, it will all be okay.

READ: How Emotional Abuse Starts And How One Can Recover From It

Except it never gets any better. The sound of a leaky faucet slowly makes you irritable till each drip makes you feel like you’re going mad. Similarly, every harsh word will begin to feel like a knife cutting in to you. But you’ll keep excusing your partner and blaming it all on yourself because if you were to leave, where would you go and how will you survive on your own?

The trauma wears you down to such an extent that you start questioning your own self-worth. You’ll be led to believe that you are too weak to survive out there in the world without your partner. After a point, you’ll forget who you were before you met them.

For those of you who know that another person is going through this situation, stand by them with everything you have. Healing is going to be a long and painful struggle. PTSD is just one of the many demons they’ll have to fight along the way. But life goes on. It is important to remember that everyone is important, everyone has value, and everyone deserves love.

Have faith in yourself and the Universe. Your emotional abuse will heal and you will overcome PTSD to lead a wonderful life!

Share this article to spread awareness to your dear ones about emotional abuse and PTSD!

5 Ways To Shield Your Aura From Negative Energy

5 Signs Of A Leader With A Distressed Soul

Find Out If Are You A Witch Or Not?

Helping Others May Not Always Be The Best Thing To Do